I recently returned from a great vacation in California. I live on the East Coast, but the West Coast is the best coast… totally kidding. But seriously,  the West Coast was fun.

This was the big family trip that we do yearly with the kids and our dog. Hubs found a really dope Airbnb in West Hollywood for us to stay in. A cute 3 bedroom ranch, with use of the private pool. Much better than staying at a hotel and dealing with a bunch of other guests.

We went to Beverly Hills, Santa Monica Pier, downtown LA, all over Hollywood and more. We also visited Calabasas. I was determined to spot a Kardashian, or Justin Bieber, and I just knew that I would find them on the streets of Calabasas. Wrong! I saw no one! My son swears that he saw rapper T.I. driving while we were in Beverly Hills, however, the verdict is still out on if that was really him or not. The vehicle in question was going way too fast.

I wanted to share the places I visited, in case you’re planning a trip there soon.

The pier was great! There were lots of options of fun things to do. You can lay out on the sand, swim, there were rides, games, food, music, or you can just walk the pier.

Universal was epic! There was so much to see and do, it would take me all day and night to tell you guys. The highlight of this day for me was taking the 2 hour tour through Universal Studios, and seeing where blockbuster movies were filmed. We saw the location of  scenes from Jaws, and Fast and Furious. Also saw the actual Bates Motel and took a drive through Wisteria Lane. If you don’t know what that is, then we can’t be friends. Sorry, not sorry. Wisteria Lane looks like a posh neighborhood. I drooled over the beautiful houses and tree lined streets while watching Desperate Housewives, but they are all just empty shells and props. Who knew!

We saw city streets and large buildings made to look like the streets of Manhattan in NYC, but again, just empty shells. Don’t believe what you see on TV, kids.

Hubs went to the Walking Dead tour and loved all the gore and zombies and such. I wanted no parts of it, but went with him unwillingly. Wife duties, ya know. Sigh. 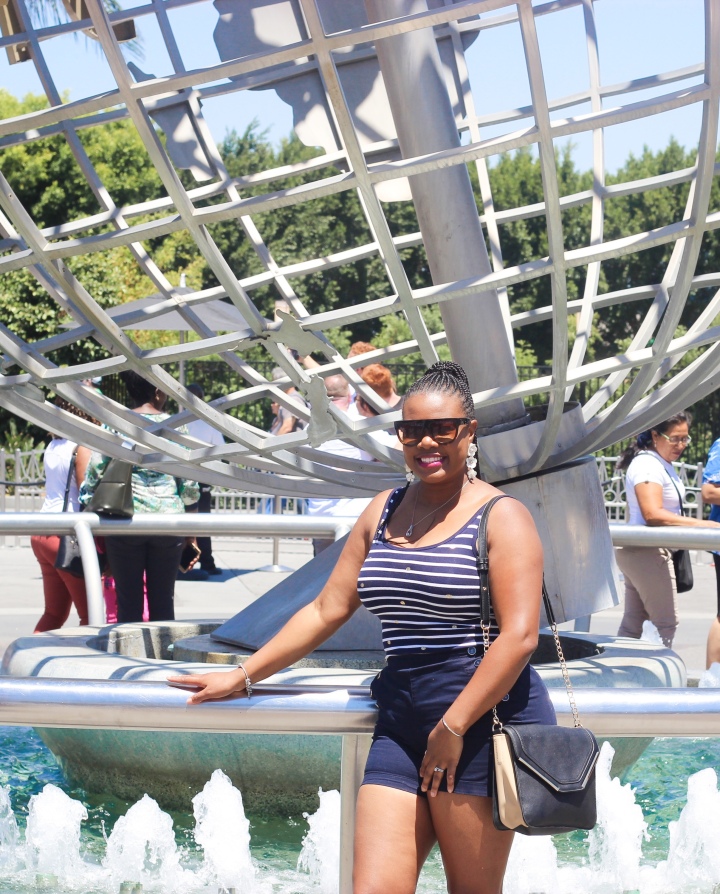 Griffith Observatory was like something out of a movie. To get there, we drove around a narrow winding road, up the mountains, with no railings to protect you from literally driving off the road and plunging down the side of the mountains. Like, LA, what’s good?? Ha. Any way, after driving for what seemed like forever, and parking, we then had to walk up several hills, again with no protective railing to prevent you from falling down a cliff if you happen to slip and fall. Yikes! Here you got a chance to overlook the city and of course, see the Hollywood sign.

Do I even need to explain!? The TMZ tour was hilarious. It was also 2 hours. We drove around downtown LA, Beverly Hills, and saw the clubs and fancy restaurants that the celebrities frequent. We also got to see a really popular plastic surgeon’s office that had touched the faces and bodies of many celebrities. The bus tour was sold out and there were lots of jokes and laughter throughout the entire ride.

The streets of Hollywood Blvd was packed just liked Times Square in NYC. We saw the stars of our favorite celebrities, saw the famous Chinese theater, and went to the Hollywood wax museum.

The trip was great, and very relaxing. The next time, I want to visit Malibu and San Fran. If you have been to Cali, where did you go, what did you do? If you haven’t been? What are you waiting for?! 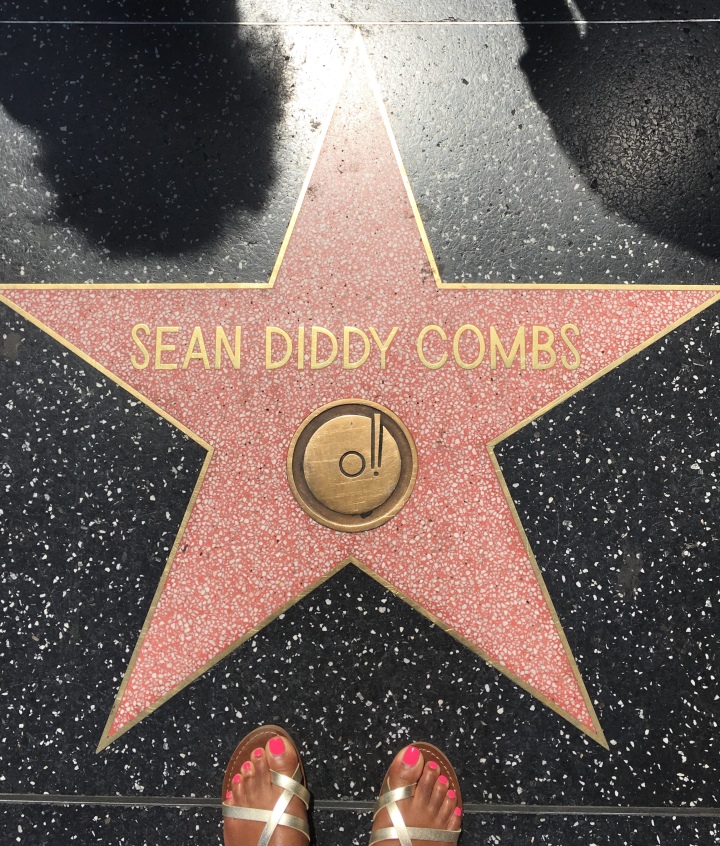 6 thoughts on “Epic vacation in California. 5 things you must do.”

Nicky Ann is a lifestyle blog that provides inspiration for the everyday woman through Natural Hair, Home and Style.